Meet The Residents Wiki
Register
Don't have an account?
Sign In
Advertisement
in: Collaborators, Film and video, Icky Flix,
and 7 more

Ralph Records
Graeme Whifler (born May 10th 1951) is an American photographer, screenwriter and director, best known for his collaborations with The Residents and other Ralph Records artists in the 1970s and 1980s.

History with The Residents

Graeme Whifler was born in San Mateo, California on May 10th, 1951. He met Residents Uninc in 1971, when a high school friend of his suggested he visit the group's apartment. The friend said that Graeme and Uninc had a lot in common, and that they might like to work together. He and the group began fast friends, and he helped them paint their roof black.[1] During this time he began recording with this group, but did not continue when The Residents were formed in early 1973.

By 1974 he began assisting the group with photography and art projects and helping them to direct and shoot a sequence in their troubled (and ultimately unfinished) feature film Vileness Fats. Whifler also photographed the cover of the group's 1978 EP Duck Stab!, as well as directing various music videos for The Residents and their record company Ralph Records, beginning with "Hello Skinny" and an aborted clip for "Birthday Boy" in 1979. His collaboration with the group continued, resulting in the short films "One Minute Movies" in 1980, and "Songs For Swinging Larvae" for Renaldo & The Loaf in 1981.

His collaboration with The Residents ended in 1982, after he declined to direct the group's Mole Show live tour (having had no prior experience in this field). Whifler continued directing music videos and television into the early 2000s, co-writing the screenplays for Sonny Boy in 1989 and Dr. Giggles in 1992. In 2005 he wrote and directed a feature film, Neighborhood Watch.

The Residents' video archive was digitized in 2015 by Don Hardy, for the documentary film Theory of Obscurity: A Film About The Residents. Although Whifler did not participate actively in the making of this documentary, it prominently features restored clips and outtakes from his video work for the group. Whifler has since said that he feels he has not been credited appropriately for his work featured in the film.

Whifler posted new HD restorations of "Hello Skinny", "One Minute Movies" and "Songs For Swinging Larvae" on his YouTube channel in October 2019. The videos were restored from the original negatives by Peter Conheim for the Cinema Preservation Alliance. The new restorations have since been unlisted on YouTube (however as of February 2021 they have not been deleted).

Photography of The Residents 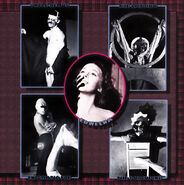 Saint Steve on the set of Vileness Fats, 1974 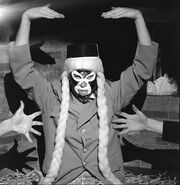 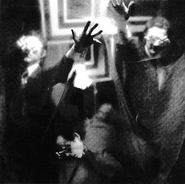 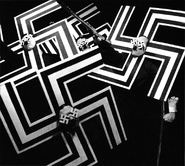 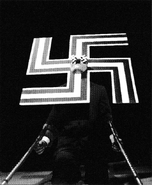 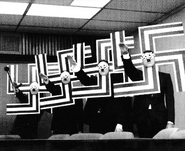 The Residents at The Chancellor's meet Room, California University, 1976

Community content is available under CC-BY-SA unless otherwise noted.
Advertisement